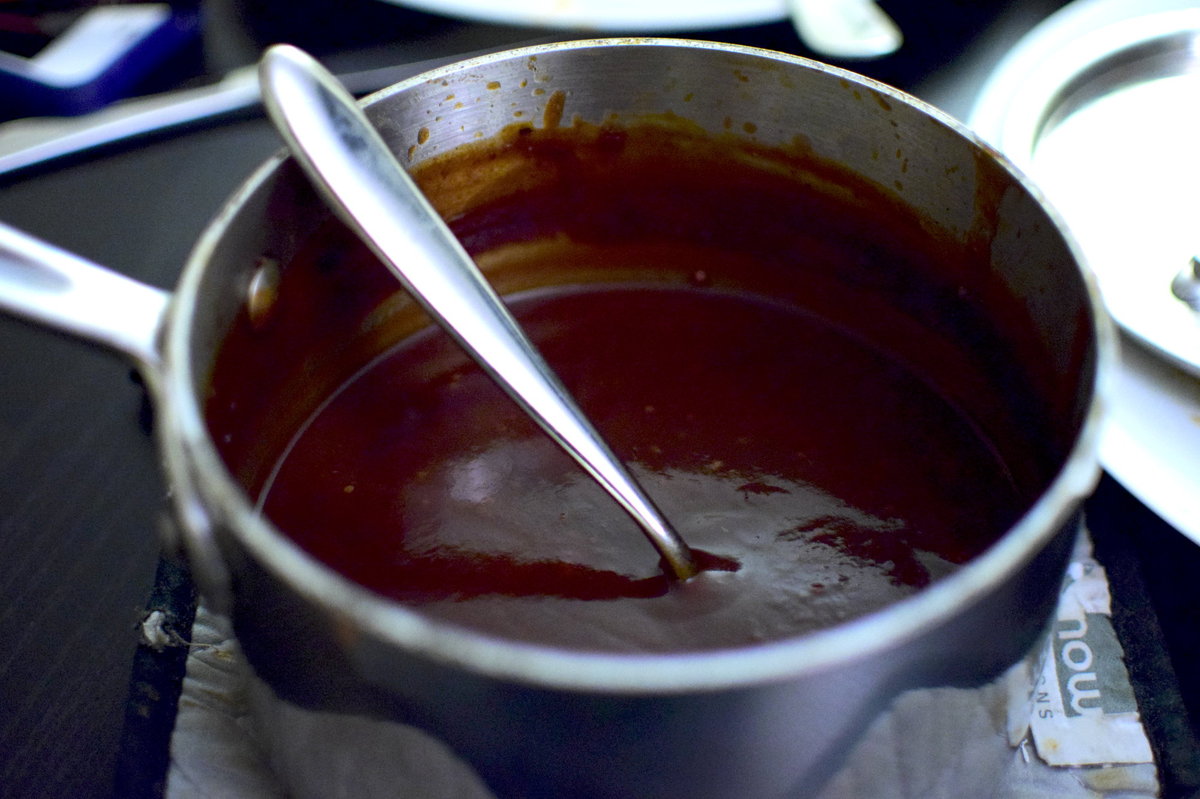 Our sweet and tangy BBQ sauce. Put it on everything.

This is our go-to recipe for a tangy, sweet, and slightly spicy Kansas City-style barbecue sauce. We developed this recipe because we wanted to make a BBQ sauce that used tomatoes instead of ketchup, which is more commonly found in recipes. To replace the sweetness that comes from the addition of ketchup in other BBQ sauce recipes, we use brown sugar and molasses. We also love the addition of whole grain mustard, and although it isn't crucial for the recipe, it adds a delicious flavor and texture to the sauce. The spiciness in this sauce comes from ground black pepper (rather than chiles) because we love the kind of heat it gives to BBQ'd meat.

This recipe can serve as a base if you want to innovate and add in other flavors. Bourbon, pureed pineapple (you'll probably want to omit the brown sugar), coffee, or orange peel are a few of our favorites. Some BBQ aficionados say adding sautéed onions is a must, others disagree. More often than not we skip the onions, but we're not going to stop you if that's the way you roll.

This BBQ sauce is awesome. Enjoy it with roast chicken, ribs, pork, or just eat it straight from the jar with a spoon!